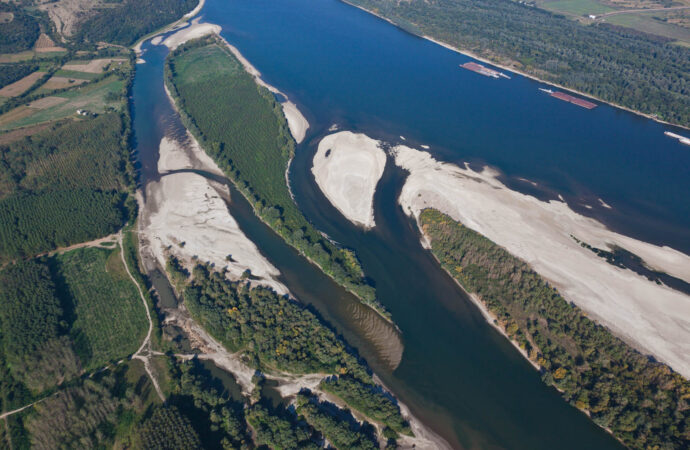 DANUBEPARKS, the network of Danube protected areas, was established in 2007. Its aim is to unite all protected areas along the Danube, all facing the same challenges, in order to achieve common nature conservation objectives better and more efficiently through increased cooperation. “Cross-border and transnational cooperation is an indispensable part of this work. Nature does

DANUBEPARKS, the network of Danube protected areas, was established in 2007. Its aim is to unite all protected areas along the Danube, all facing the same challenges, in order to achieve common nature conservation objectives better and more efficiently through increased cooperation.

“Cross-border and transnational cooperation is an indispensable part of this work. Nature does not recognise political borders, so nature conservation must also cross borders to achieve its objectives,” says the DANUBEPARKS website. The network therefore focuses on making the Danube, one of the most species-rich landscapes in Europe, a habitat corridor consisting of many different, mostly relatively small areas.
This is ever more important in times of climate change. The participating protected areas work on spreading this view further. An example: in the Interreg project DANUBEparksCONNECTED, sixteen project partners from the German Danube forest Neuburg-Ingolstadt downstream to the Romanian Danube Delta Biosphere Reserve and nine accompanying partners from all Danube countries have committed themselves to habitat protection under the leadership of the Donau-Auen National Park. With the help of the socalled Danube Habitat Corridor, the ecosystems of the Danube areas are to be preserved by counteracting environmental change processes or by raising awareness for the issue in the first place. To this end, work is being done in the fields of river morphology and revitalisation, floodplain management and habitat network, protection of typical Danube animal species, monitoring and Natura2000, and nature tourism.

Within the framework of the project, cornerstones for future projects were laid out to strengthen the Danube as a biotope network. One of them is the WILDisland initiative, protecting 912 islands on 3,000 river kilometres, of which 147 are completely untouched and represent 14,000 hectares of wilderness along the Danube. Agreements on the reduction of human intervention are to be concluded with all relevant actors throughout the Danube region. On an interactive map on wildisland.danube-parks.org presents information as well as categorisations of all these islands, such as exact location, size, vegetation and hydromorphology (i.e. water body structure). It’s the first “Inventory of the
Danube Islands” of its kind. As some species only occur on these wild islands – for example the Little Ringed Plover, which lays its eggs on island-like gravel and sandbanks – their protection was started in order to preserve them in a near-natural way. For example, at the end of 2018 the island of Wolfsthal between Austria and Slovakia, which had grown together with the mainland through human intervention, was “freed from its corset” again, i.e. about 6,000 tons of stones were removed to restore the natural fl ow of water and thus preserve the species there.

Such island and river revitalisation measures make the initiative a model of European green infrastructure. This is shown, among other things, by the fact that the initiative received the European Commission’s Natura 2000 Award in 2015, that the European Commission’s Directorate-General for the Environment declared it a best practice model in 2018 and that Dr. Marcel Huber, Environment Minister of Bavaria at that time, signed a decree for the protection of Danube islands. “We are also proud to work closely with the waterway authorities in this process, who also finance some of the activities”, says Georg Frank, Secretary General of DANUBEPARKS.

Drones for the protection of birds

The Danube is also a bird migration route of European importance. That’s why the Danube Free Sky campaign is marking power lines that white-tailed eagles, ducks, geese, terns, pelicans and other migratory birds could collide with. No less than 12,000 km of power lines in the Danube region are a threat to birds, 3,900 km of them are highcurrent lines. According to DANUBEPARKS, tens of thousands of birds die this way every year, sometimes unnoticed as their carcasses are washed away by the river. “Therefore, even the ornithologists of the protected areas were not aware of this danger. river system”, said Frank.

Since such a collision can also lead to power cuts, energy suppliers are also interested in a solution. The network was able to act as a successful platform here, bringing together the players concerned to take joint action. Since then there have been more and more of the high-contrast flags which allow birds to see the lines in good time.

In Austria, for example, the energy suppliers agreed to mark all power lines over the Danube nationwide. Sometimes drones are used to attach the flags, but normally, expensive helicopter missions or experts from the energy suppliers as well as a coordinating team are required. Thanks to the initiative of the network, this can be done much more cheaply and easily in certain cases with the help of drones. DANUBEPARKS proudly communicates that the mortality rate of birds can be reduced by 60-90 percent with the help of the markers.

According to Frank, it is often forgotten that rivers off er more than “just” wetland habitats. DANUBEparksCONNECTED therefore  investigated where the most important dry habitats, i.e. dry micro-habitats on gravel, dry and semi-arid grasslands, sand habitats or boulder fields, occur along the Danube. It then implemented pilot projects to protect them: scrub clearance, management of invasive species and also grazing, for example in the Danube riparian forests near Ingolstadt or in the Donau-Auen National Park. Two years ago, under the coordination of the latter, a flock of sheep was used for the first time at Schönau on the Danube for mowing the flood dams there and con-solidating their structure. The Danube Volunteers Day – another initiative of DANUBEPARKS, in which the association sets a theme and thousands of volunteers along the Danube participate – was also dedicated to the maintenance of valuable dry habitats in its first year in 2017; later, rubbish was collected along the river or bat populations were monitored.

In the beginning, the different cultures and languages of the participants were still perceived as a challenge within the network, according to its Secretary General. However, according to a recent survey by DANUBEPARKS, this diversity is now seen as an asset and a source of inspiration. And although, according to Frank, politicians still think more nationally than internationally, he sees the EU Strategy for the Danube Region as a good means of bringing such cooperation as that of the network to the political and thus interregional level.